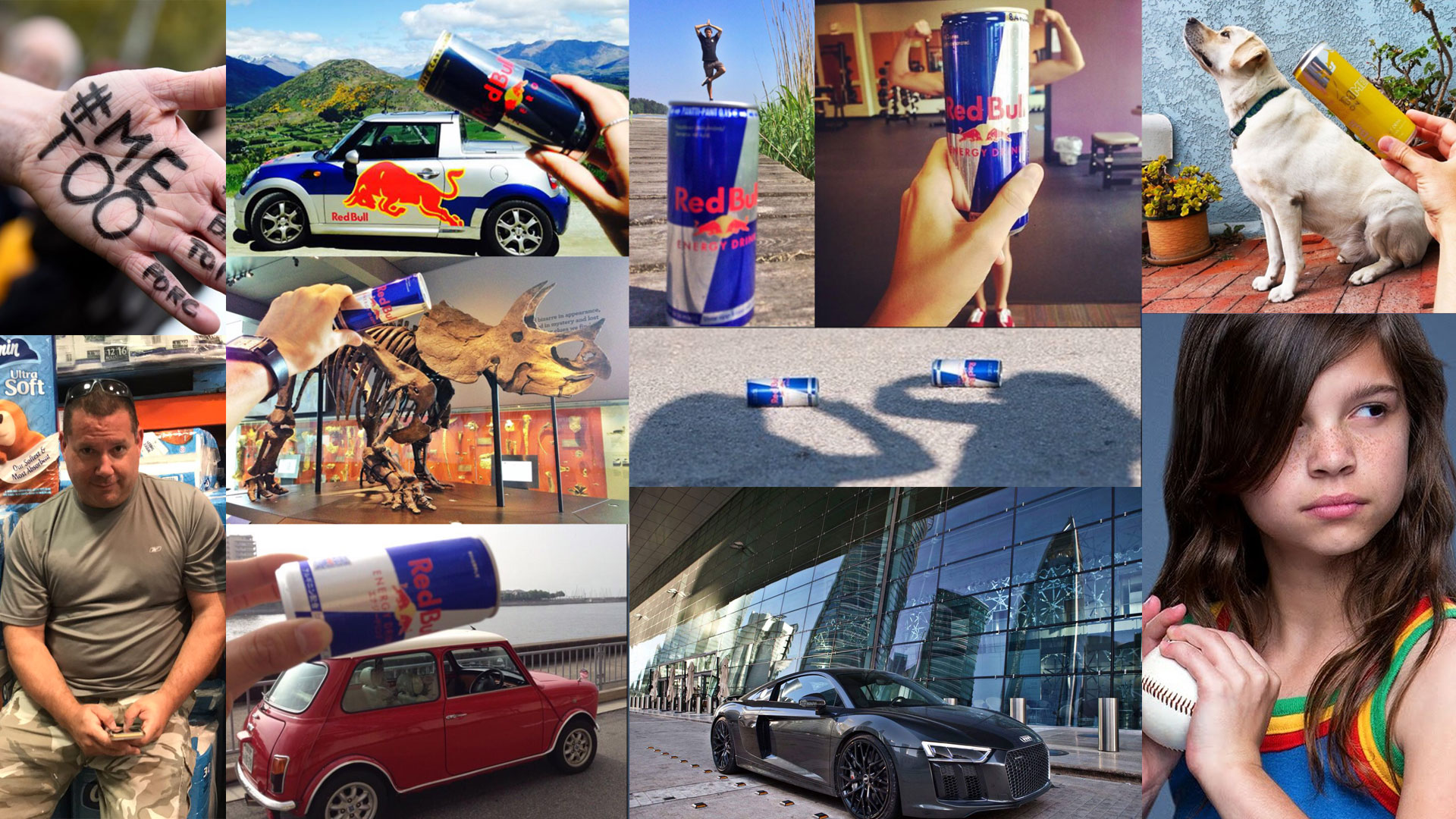 Over 330 million active users per month!

According to a statistical study, the introductory figure indicates the number of Twitter’s active monthly users. If we translate these terms from a marketer’s understanding, this number implies the opportunity for the brand to enhance awareness and generate enormous UGC through Twitter hashtag campaigns.

Nonetheless, to capitalize on this opportunity, a brand needs a credible content strategy.

In the past decade, we got to witness a plethora of advances in the digital media marketing of brands. Among all, Twitter hashtag campaigns became a significant and advantageous tool for them to enable content creation, audience interaction, and revenue generation.

From Coca-Cola to Audi, numerous remarkable brands opportunistically build masterly curated Twitter hashtag campaigns in the following years and we have picked the best of all for you in this blog. But before heading towards it, lets us first know the benefits of Hashtag campaigns and why brands use them.

Social Media Hashtag Campaigns – Why Brands Use It?

A multinational brand or a small startup, a social media hashtag campaign has a lot to serve you. It helps to expand your brand on a large scale along with many more uses mentioned below.

Now that we know about the benefits of Hashtag campaigns, the next step is to figure out the ways to make a unique hashtag for the brand.

The primary step towards a successful hashtag campaign is to create a hashtag that can have a blasting impact on a brand’s growth. Here is the rundown of some helpful pointers to choose your hashtag and bring about an outstanding campaign.

Also, you need to do research before you run a campaign. And it’s better to take reviews to know how the hashtag will be perceived by the crowd after being viral.

An international movement working towards making a fairer society for black people. This hashtag exploded worldwide with more than 41 million tweets.

This hashtag is used by the people each Friday while uploading their content. It is not just limited to personal use but also used by the businesses to generate more followers and drive more traffic.

This hashtag went viral after the speech of Emma Watson at the UN. This was to create the buzz for gender equality.

These trending hashtags were successful with an astonishing number of tweets. Like these hashtags, many brands use hashtag campaigns to gain popularity and witness growth.

Purpose driven marketing has given a major boost to brands in reaching out to their audience, connecting with them, and being remembered.

#LikeAGirl was one such insightful interpretation of a brands ideology and effort at influencing the societal mindset with a positive message.

The campaign became a beautiful portrayal of a girl’s strength, will, and power. The campaign’s effort at breaking stereotypes was widely supported by Twitteratis and the Hashtag got admirably viral.

#ShareACoke has been the most extensive and brilliant campaigns to ever adorn digital marketing platforms.

The Idea of this campaign was to invite people to share a bottle of coke with their loved ones. Thus, the bottle was personalized for each entry. It generated enormous sales for the brand.

Alongside, twitter was flooded with plenty of user-generated content for Coca-cola. It seemed as if people from all over the world did #ShareACoke.

Sooner, the campaign extended its breadth over almost every marketing platform. The magnitude and success of the campaign have been such that it and remains extraordinarily in action since 2013.

In the year 2015, Red Bull curated an impromptu twitter Hashtag campaign in the name #PutACanOnIt.

The story of its massive success lies in a user-generated idea. A photographer tweeted a picture holding a can of Red Bull over a Mini Cooper. The post was vividly celebrated and from there began a stream of user-generated content for Red Bull.

The campaign received an immediate attraction from twitteratis. The most prominent reason behind its success was the scope of creativity and fun that the brand allowed their audience to have with the product.

With the help of the Twitter Wall technology curated and exemplified by Twitter aggregator tool – Taggbox, the team set out to trend #SMWiDubai at number one position in UAE.

By Displaying live hashtag feed, Taggbox enabled the attendees of #SMWiDubai to share live content on their profiles to get featured at the wall displayed at the event.

The enormous enthusiasm and engagement of the audience became the source of the successful digital vocation of the team at running the campaign.

Running hashtag contests on social media platforms is a common marketing tactic used by brands to generate UGC. Nonetheless, usually, this content tool involves investment in the offering of the gratification.

As the tag simply suggests, the campaign revolved around asking people to share their pictures in their Calvin Klein wears.

In the history of Twitter Hashtag campaigns, Audi’s #WantAnR8 is considered the most distinguished one.  The campaign was inspired by a tweet sent out to Audi noting why the curator wished to have an R8.

Thereupon the brand took hold of the opportunity to reach out to a wider audience worldwide through a thriving contest. The audiences were asked to tweet why they #WantAnR8 with the Hashtag.

The offering they made was huge. The best tweet was to win an Audi R8 for a day. Without any doubts, Twitter was loaded with the Hashtag and thus, established the success of the campaign.

Charmin, the Toilet-Paper brand, set out an unconventional example of building user engagement with their witty and genius twitter Hashtag campaign.

The setting of the campaign was simple and eccentric. People were asked to tweet using #TweetFromTheSeat as they sit on their toilet seat.

The quotient of fun and a catchy tag enabled a far stretched reach of the campaign and made twitteratis dive into the pool of brand engagement.

This iconic awareness campaign was initiated by ALS association in the mid of 2014.

The Hashtag got viral with the involvement of celebrities and influencers. In the arena of generation of purpose driven content, this campaign made the strongest mark.

The success of the #IceBucketChallenge has been exemplary. They set an absolute example on the creation of boisterous and engaging awareness campaigns.

The Hashtag wasn’t originally used by KFC. The brand noted the relevance of the particular trending Hashtag and began to curate content around it.

The trending Hashtag surely enabled the brand in fetching advantage of the engagement associated with the trending tag.

In the most recent context, #MeToo was displaying the misery of gender equality and women safety at work on almost every woman’s twitter profile.

Initiated by Alyssa Milano in the urge to talk about the commonness of abuse in the name of gender the Hashtag was immediately taken over and lead to a massive revolution over digital media.

92.2K Twitter users took hold of the Hashtag and published their stories of abuse to spread awareness and initiate an insurgent fight against the evils of abuse of women of the society. 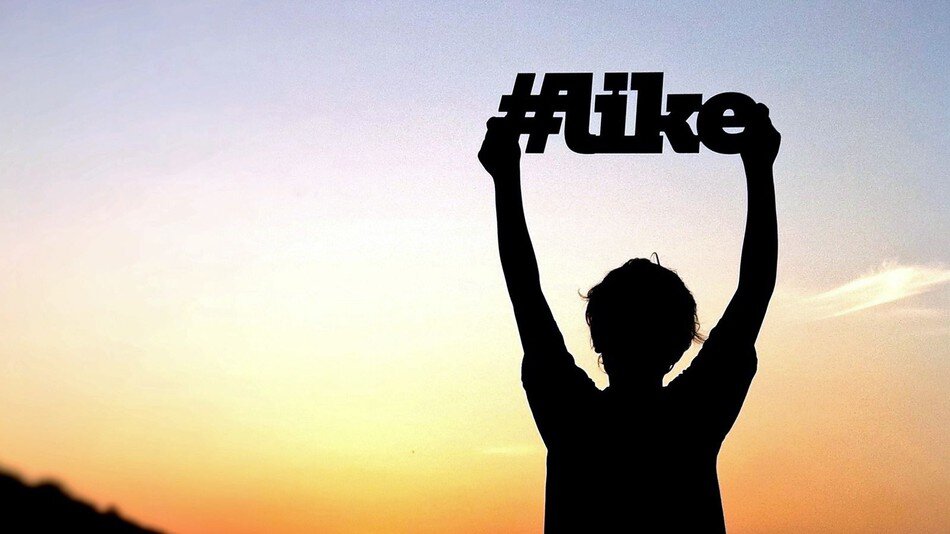